HOLYOKE, Mass. (May 2, 2014) – The Volleyball Hall of Fame announced today the names of six volleyball legends who will be inducted as the Class of 2014 into its hallowed halls on Oct. 18 in Holyoke, Mass., the sport’s birthplace.

“The 2014 Volleyball Hall of Fame class represents six remarkable individuals who elevated the sport to new levels in their countries and on the international stage,” said Doug Beal, co-chair of the Volleyball Hall of Fame Selection Committee. “This induction class, with diversity of gender, country and discipline, continues to uphold the highest qualities of the game through its athletes, coaches and leaders.” 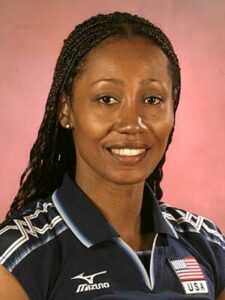 “Joop Alberda led Netherlands Men’s Volleyball into a golden era in the 1990s, then transitioned his skills to the Dutch Olympic Committee for several years,” Beal said. “Nalbert Bitencourt was a multi-dimensional star in the early 2000s and led Brazil to the Triple Crown of gold medals. Tara Cross-Battle played in a then-record four Olympics for the USA and her longevity in the sport spanned many great moments. Miloslav Ejem of the Czech Republic has influenced so many generations of coaches through his tenured leadership on FIVB commissions and his dozens of books. Sandra Pires helped make beach volleyball an international sensation by winning the first-ever Olympic beach volleyball gold medal with partner Jackie Silva in 1996. Roza Salikhova was part of the USSR’s back-to-back Olympic Games gold-medal teams of 1968 and 1972 and was part of six USSR championships from 1970 to 1977.”

“The class of 2014 honors a diverse group of legends from the last half-century of the game,” said George Mulry, executive director of the Volleyball Hall of Fame. “These remarkable athletes and leaders have brought distinction to the sport over a number of years and we are humbled to honor them here in the birthplace of volleyball.”

“This year’s class represents the great diversity and sense of community within our sport as five countries are represented from three different zonal Confederations,” said Al Monaco, co-chair of the Volleyball Hall of Fame Selection Committee. “We have legendary athletes from indoor and beach volleyball whose accomplishments spanned six Olympic Games, a coach who led his country to its first-ever Olympic gold medal in volleyball and a leader within our sport who shared his coaching knowledge for over 30 years. It will be a remarkable October evening as we induct these six individuals.”

“I would like to personally welcome Tara to the Volleyball Hall of Fame!” said 2013 Volleyball Hall of Fame inductee Caren Kemner of the United States. “I was so blessed to compete with Tara in both the 1992 and 1996 Olympic Games. She is a ferocious competitor and a consummate student of the game. Tara possessed the ability to handle the game from the first contact to the last which served her well, not only as Olympian but professionally overseas and as someone who continues to give back to the game. Congratulations!”